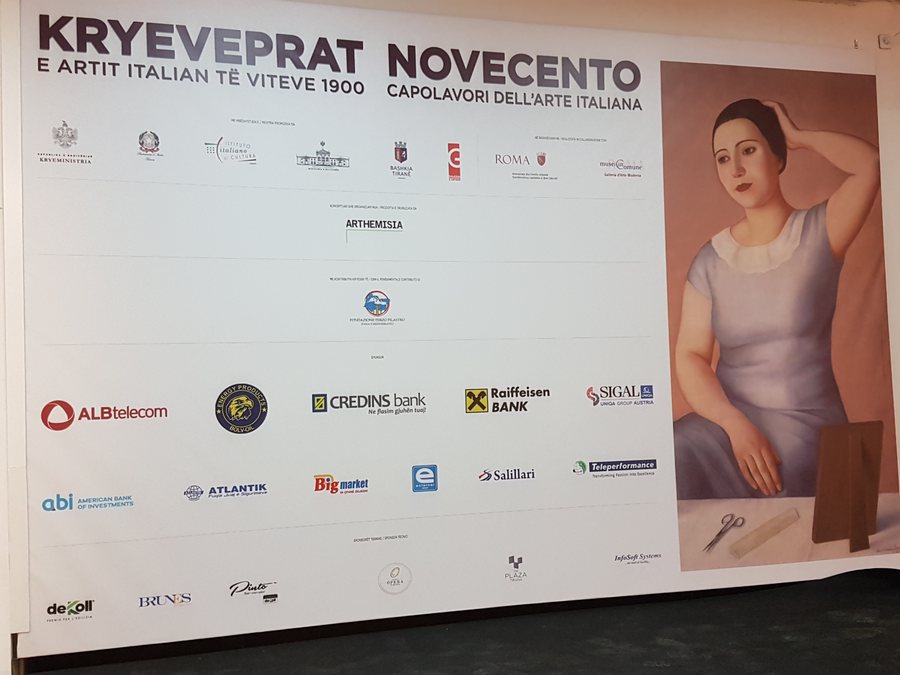 Artistic January in Tirana arrived more beautiful than ever with the opening of the exhibition Italian art masterpieces of the 1900s at the National Art Gallery on the 15th of the month. This exhibition was the first of such high standards opening in Albania and it was a privilege for ABI to be supportive in its realization.

The project provided the Albanian public with the opportunity to look closely, or from a distance, some of the more than one hundred wonderful works of art, part of the fund of the Modern Art Gallery of Rome. The aim was to present the art culture of Italy from the first half of the twentieth century. Feminine figures, portraits of famous characters, sights of the eternal city and the Romanesque village, and still life, are the main subjects of the artists, including Giacomo Balla, Carlo Carrà, Giorgio de Chirico, Fortunato Depero, Renato Guttuso, Giacomo Manzù, Tato, Giulio Turcato, among others.

ABI continued in 2017 its presence in arts projects conveying values ​​and contributing to the education of the Albanian public.