On Tuesday 18 October 2016, the American Bank of Investments inaugurated its Premier Branch in Tirana, a personalized line for the Bank’s VIP clients. Its pleasant, modern facilities are located in the heart of the capital city, in the former Bllok area. This ceremony was attended by Mr. Mark Crawford, Chairman of AMCHAM and member of ABI’s Board of Directors, Mr. Jeffrey Bowan, Advisor for Economic and Commercial Relations at the U.S. Embassy, ​​as well as clients and staff of ABI. 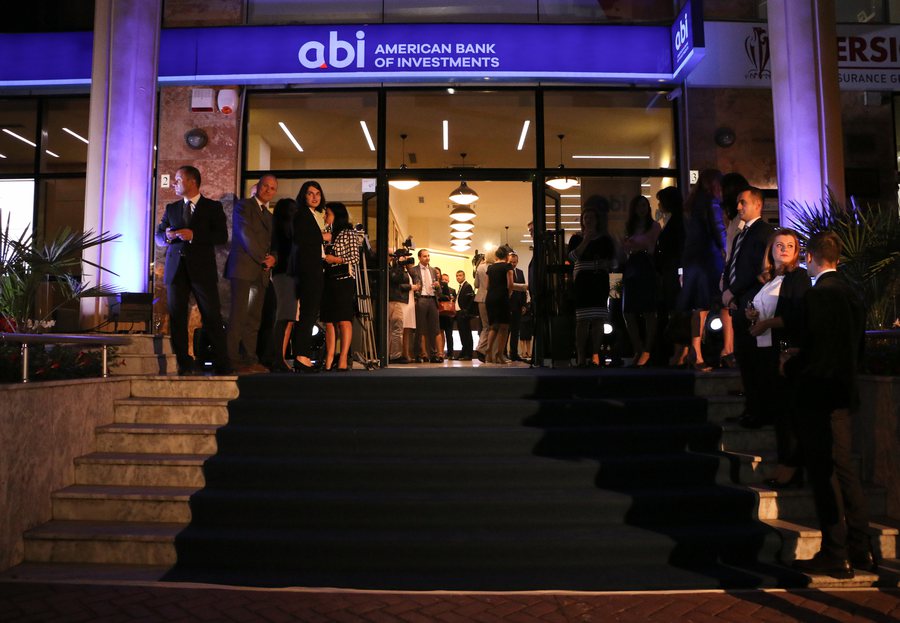 Mr. Mark Crawford said, “I am delighted with the success of the American Bank of Investment, especially with its new presence in the Albanian banking market as an investment and American way of doing business. Albania has more opportunities for doing business with America and the rapid and successful growth of this Bank demonstrates the business expansion opportunities that exist between the two countries.”

In his opening remarks, ABI CEO Mr. Andi Ballta, stressed that this renovation, which comes on the first anniversary of the entry of ABI into the Albanian market, marks the ongoing process of growing and consolidating the Bank’s place in the Albanian market.

“ABI Premier brings a boutique spirit of service to the Bank’s customers with a new and natural stage of increasing its presence in the Albanian market. A year ago, we all undertook a mission to transform the bank into a lucrative, secure, well-known, and significant player in the Albanian banking market. On 30 September, 2016, the total assets of the bank were EUR 255 million, a record increase of 43% compared to the previous year. Meanwhile, ABI continues to record an increase in its capital, capital adequacy and profitability. In addition to quantitative changes, we are particularly proud of the profound quality changes made by the bank in this period, with significant technological, structural and logistical improvements, and in the overall culture of each employee. The Bank culture is more open, straightforward, fairer, more competitive (both inside and outside the bank), and more inclusive. The American Bank of Investment is, today, one of the ten largest banks in Albania.”

ABI Premier Model is based on the most modern standards, and reflects the American expertise that is known worldwide.

The focus is on the high quality in receiving and serving VIP clients, who will feel comfortable and privileged at the American Bank of Investments.

ABI is owned by NCH Capital, one of the largest American investors, based in New York, and with more than USD 3 billion under management.